With a young journalist’s passion and his drive for business success, Atlantic Packaging began in 1946 when W. Horace Carter founded a small town weekly newspaper, The Tabor City Tribune.

Carter accepted a job as the industrial recruiter for Tabor City, North Carolina, with the added commitment to start a newspaper. He attacked both challenges with zeal, but quickly faced an unexpected foe in the hooded faces of the Ku Klux Klan. Carter, a champion for justice, fought to purge his new community of the prejudice and violence the KKK promoted.

A two-year campaign of editorials brought financial boycotts of his small paper, death threats and vandalism toward Carter and his family, but he emerged victorious. His efforts exposed the Klan and sent scores to prison.

For his bravery and community service, the Tribune and Horace Carter were awarded the Pulitzer Prize in 1952, the first awarded to a weekly newspaper in the Pulitzer’s history. That really began the Atlantic story.

A Message from Rusty Carter

The culture of our company began with the power of the pen, but today it’s very much about the power of our people. We are proud of our heritage and how it continues to underscore and direct us today and into our future.

There is great value in a small beginning. 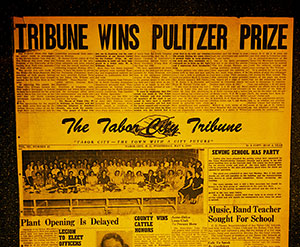 The Tabor City Tribune was awarded the Pulitzer Prize after a two-year campaign of editorials by W. Horace Carter fought to purge the community of the prejudice and violence the KKK promoted. His efforts exposed the Klan and resulted in the imprisonment of several hundred Klan members. This was the first Pulitzer awarded to a weekly newspaper in the history of the prize. Atlantic’s newspaper publishing was expanded into printing, paper converting, and office products distribution. These efforts served to meet the demands of the flourishing industrial trades as well as the nearby coastal resorts of the Grand Strand. Industrial supplies were added to our product offering in order to serve the textile industry migration into the southeast. Carter’s son, Rusty, joined the business full time in 1971 and began a greater emphasis on industrial markets. 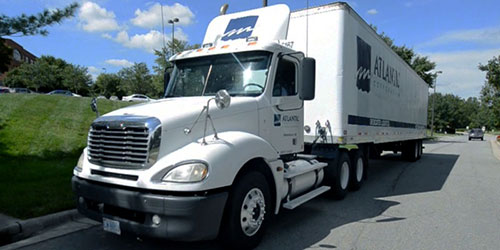 Rusty Carter’s son, Wes, joined Atlantic full time in 2002 adding a third generation to the family owned business. Strategic acquisitions throughout this decade expanded the national and international branch network to meet logistics and to service the supply chain demand of our core customers. Atlantic invested in building a $10 Million Packaging Solution Center in Charlotte, NC with a focus on package testing, automation, and e-commerce fulfillment.  This is a research & development center to help customers develop the optimal packaging to protect their products. It’s also a demonstration center where we can show customers integrated packaging lines and e-commerce solutions. Over nearly 70 years, Atlantic has evolved as the market leader in industrial packaging and in customized converted products, always guided by our customers’ needs. The same work ethic and passion with which Horace Carter fought the KKK has driven Atlantic’s spirit for service, performance, and integrity. Still working daily in Tabor City, Horace Carter passed away on September 16, 2009 at the age of 88. Read more about his life and accomplishments in Wrightsville Beach Magazine.